“I don’t get under the skin of my character; the character gets under mine.”

A genuine cinematic legend, Brigitte Bardot was a non-classifiable actress, combining sensual, dramatic and even comedic qualities. She had roles in 49 films from 1951 to 1973, some of which are now cult viewing.
From 1956, she became famous at the tender age of 22 with the huge success abroad of “And God… created woman”. The following year, she was inspiring; film makers were desperate to cast her. A hugely important actress in French cinema, her best films are still cinematic benchmarks. 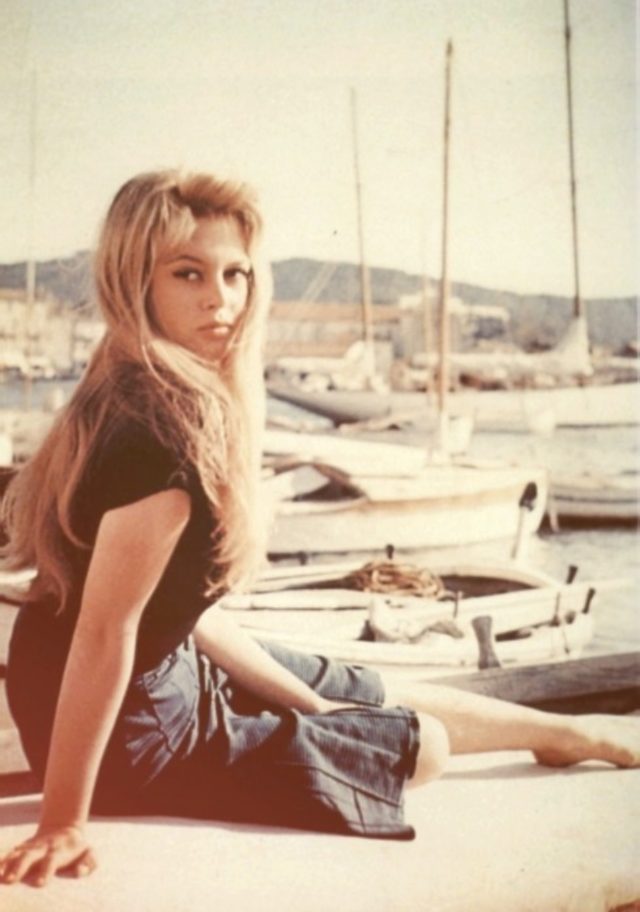 She dances wildly. She acts.  She personifies St Tropez and will become an icon there. Vadim creates the woman of the XXth century.

In Case of Adversity, by Claude Autant-Lara (1958) 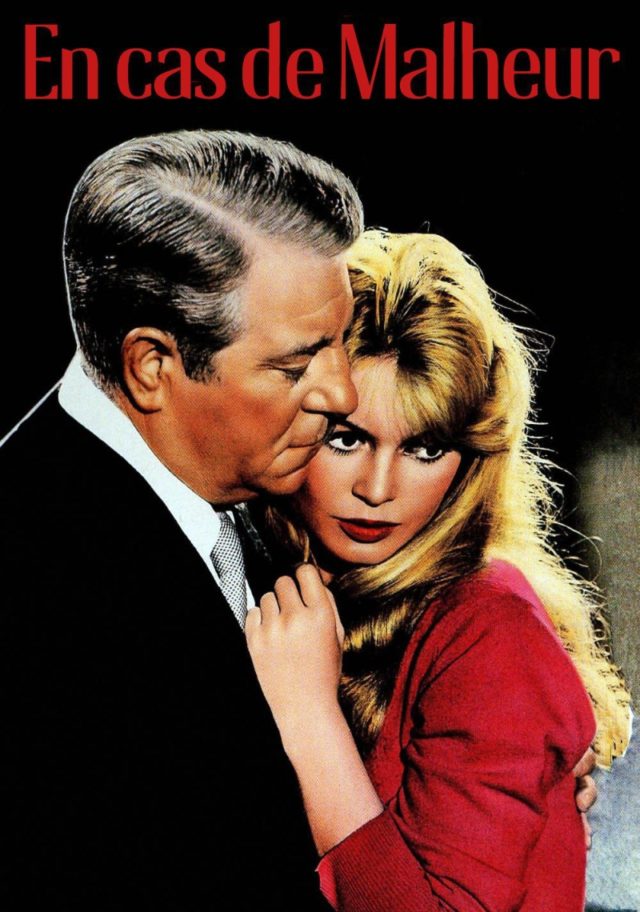 Jean Gabin loses all sense of reason. Why?
Because a beautiful woman is enough to make a sinner out of a saint. And because a woman has the audacity to show her naked self in the wardrobe of one of Paris’ major lawyers. 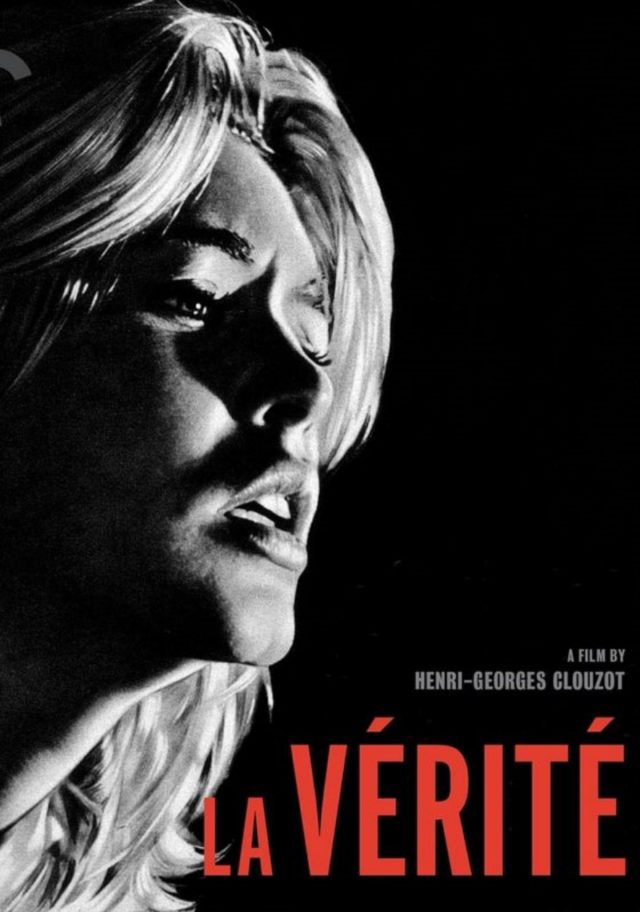 Too beautiful, too free, too full of love: she must be condemned. 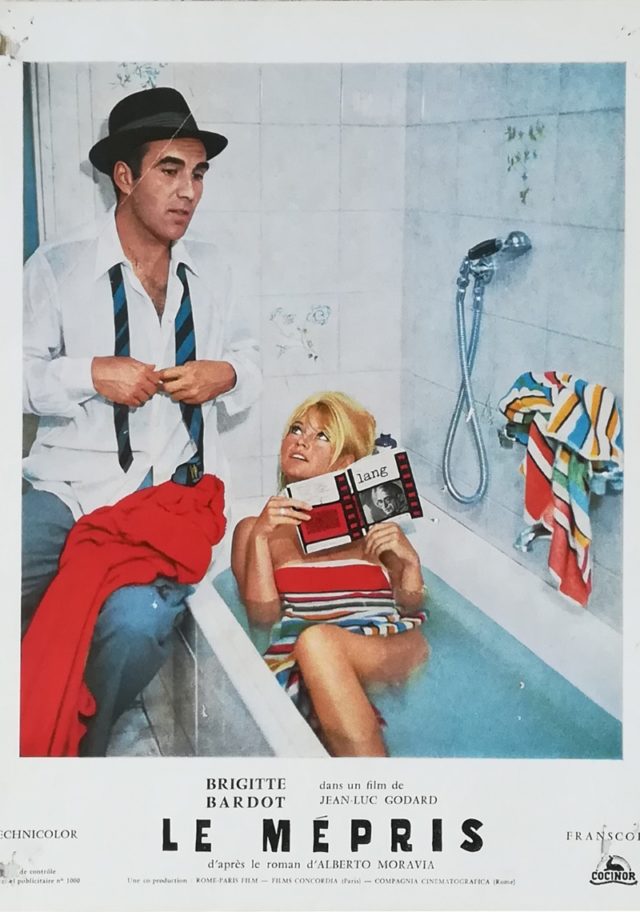 A cinematic point of reference that must be watched.
Modern cinema’s contempt for classical cinema: this is ‘la nouvelle vague’. The headiness of the emotions, and the iconic scene with BB. “and my buttocks…” 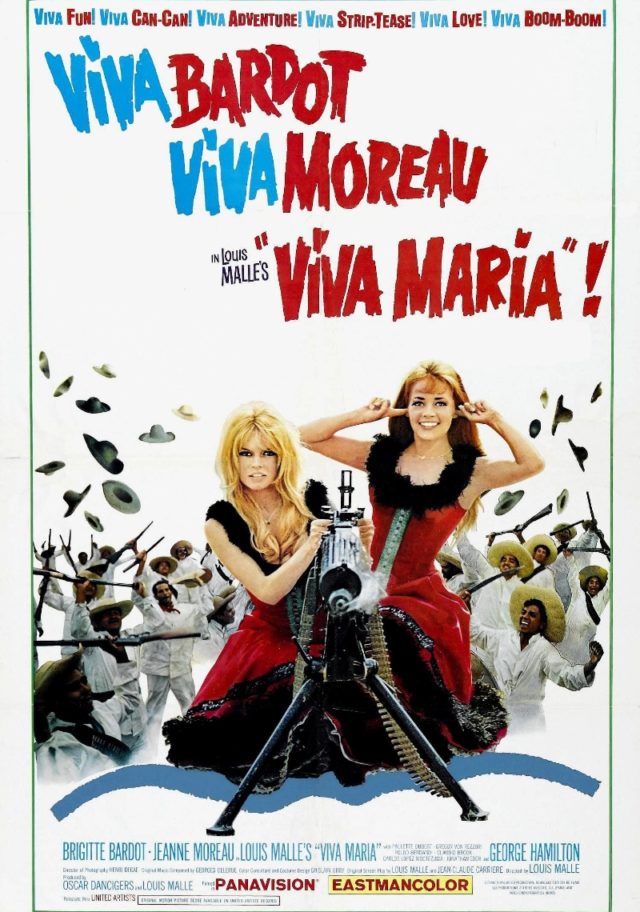 This marvellous pair of actresses takes the helm of this revolutionary pastiche in a subversive and entertaining comedy. 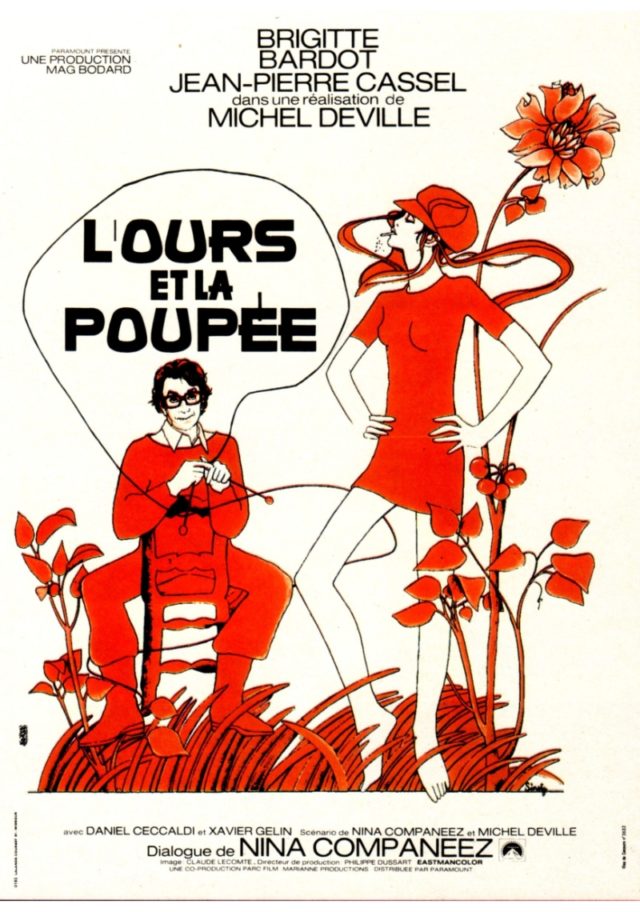 BB. sparkles as a deliciously troublesome seductress: it is a little uplift; light, funny and charming.
The malicious dialogue spits and crackles.

“Brigitte can play downstrokes and upstrokes. She can be lofty and caustic, nostalgic, mischievous, tart, peppery… The whole range of the female being… And never an ounce of vulgarity, despite acting in some very weak scenes.”